Statistics Canada released the January Labour Force Survey this morning, reporting a much more extensive than expected decline in jobs last month. The Omicron shutdowns and restrictions took a much larger toll in Canada than expected, as employment fell 200,100 in January and the unemployment rate rose 0.5 percentage points to 6.5%. Ontario and […] 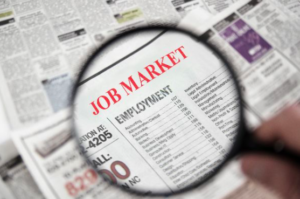 Statistics Canada released the January Labour Force Survey this morning, reporting a much more extensive than expected decline in jobs last month. The Omicron shutdowns and restrictions took a much larger toll in Canada than expected, as employment fell 200,100 in January and the unemployment rate rose 0.5 percentage points to 6.5%.

Ontario and Quebec drove January employment declines, and accommodation and food services was the hardest-hit industry. In January, youth and core-aged women, who are more likely than other demographic groups to work in industries affected by the public health measures, saw the most significant impacts. Goods-producing sectors recorded a gain, led by construction.

We did not expect the Bank of Canada to hike rates in January because of the risk that Omicron restrictions would batter the economy at least temporarily. If we see a reversal in these declines in February, rate hikes could well commence. The Bank of Canada’s next policy-decision date is March 2. But we won’t see the Labour Force Survey for February until March 11. This could postpone lift-off by the BoC until the next meeting on April 13, when we will have both the February and March employment reports. This would put the first rate hike in April, exactly when the Bank’s forward guidance initially told us the hikes would begin.

The timing of lift-off is subject to the incoming data. It is troubling that the US employment report, also released today for January, was surprisingly strong, in contrast. To be sure, the US did not impose Canadian-style Omicron restrictions last month, but the Omicron wave did depress US economic activity. It was expected to translate into weak hiring. It didn’t. 467,000 jobs were created in the US, and massive upward revisions suggest a fundamentally very strong US economy. With US companies desperate to hire and the most significant issue being the lack of qualified staff, wages are rising more sharply south of the border.

Canadian employment remains just over 30,000 above pre-pandemic levels, and the country has a strong track record of bouncing back after prior waves of the virus. Yet, today’s jobs numbers suggest a tough start for the Canadian economy in the first quarter. Hours worked — which is closely correlated to output — fell 2.2% in January, and the number of employees who worked less than half their usual hours jumped by 620,000. January also saw the first drop in full-time employment — down 82,700 — since June.

The concentration of January 2022 employment losses in lower-wage industries did not significantly impact year-over-year wage change, partly because employment in these industries experienced similar losses in January 2021 as a result of the third wave of COVID-19. 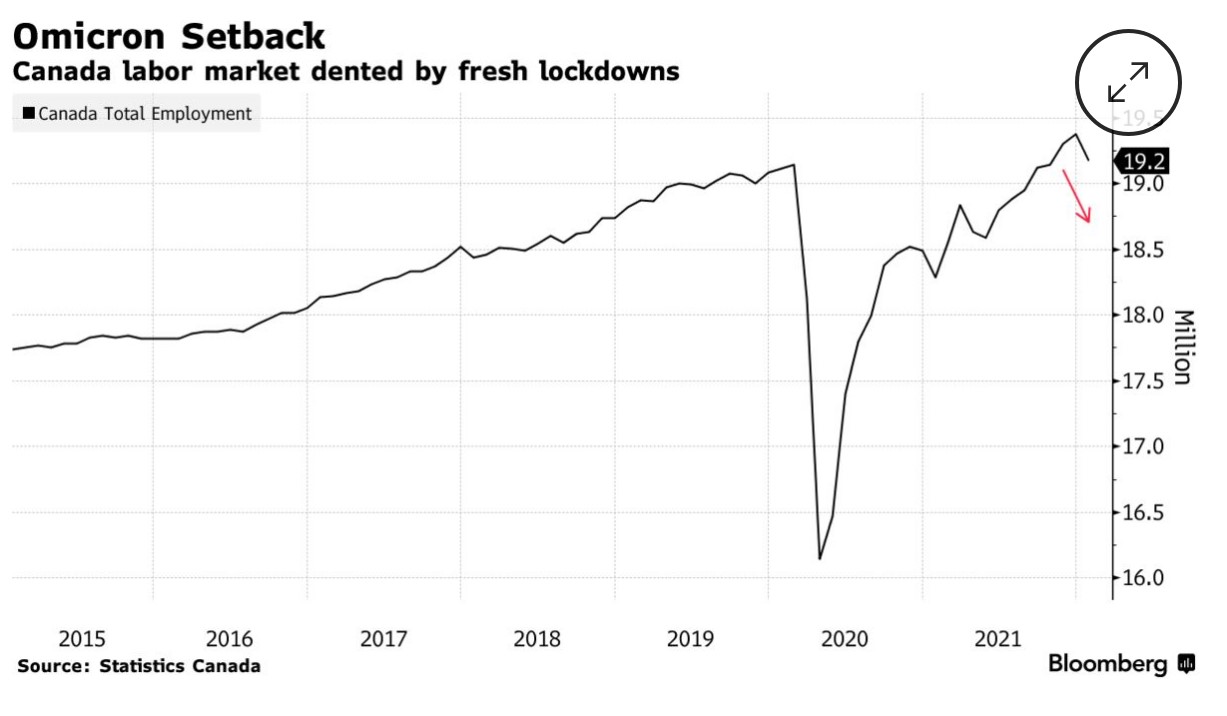 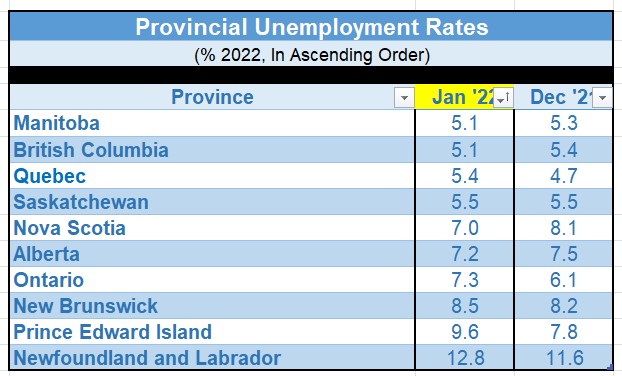 There remains uncertainty regarding when (not if) the Bank of Canada will begin to renormalize interest rates. Canadian swaps trading suggests markets are still expecting a hike on March 2, with five more hikes over the next year. Potential homebuyers are certainly anxious to get in under the wire.