Canadian bond yields hit their highest level since April in recent days, and a number of lenders have responded by starting to raise some of their mortgage rates.

CMLS, MCAP and First National were among the non-bank lenders to increase at least some of their rates, with their broker rates rising 10-30 bps.

The 5-year bond yield, which leads fixed mortgage rates, closed at 0.67% on Monday, a 10-month high. As funding costs rise, lender margins get squeezed to the point they can no longer absorb the increase without passing it on to borrowers.

There are a number of domestic factors contributing to the run-up in bond yields, but much of the impact is coming from south of the border, according to Dave Larock of Integrated Mortgage Planners.

“The current surge in bond yields is really a U.S. story, with GoC bond yields taken along for the ride…” he writes. “Simply put, the recent run-up is a response to the growing consensus belief that U.S. inflationary pressures will rise more quickly than previously expected.”

North of the border, sentiment is largely positive on the expectation that COVID-19 vaccines will finally spell the end of the pandemic and its restrictive lockdown measures. Not to mention, the economic impact of the Government of Canada’s own proposed $100 billion of post-pandemic stimulus spending.

Will Mortgage Rates Continue to Rise?

Nothing is certain, of course. Bond yields also jumped back in November 2020 on news of Pfizer’s COVID-19 vaccine proving effective in trials, which caused some at the time to suggest rates would start rising. Instead, they continued to fall, right up until last week.

“For my part, I continue to believe that the current run-up in bond yields will be temporary, and it is worth remembering that nothing goes up or down in a straight line,” Larock wrote. But he also acknowledged rates won’t remain low indefinitely.

“The only thing that has been holding lenders back is stiff competition—no one wants to be the first to move higher,” he said. “Regardless, the dam will break very soon.”

Rob McLister, founder of RateSpy.com and mortgage editor at RATESDOTCA, sees this rise in yields as more sustained, saying mortgage rates have “turned the corner.”

“Expect further hikes,” he wrote, noting that bond yields have soared roughly 30 bps since February 1. “There’s still no sign of increases from the big guns (major banks), but if this yield climb persists, it’s just a matter of time [that they will follow].”

How Should Mortgage Shoppers Respond?

For those with a mortgage closing in the next few months and who are considering a fixed mortgage, the experts offer two words of advice: lock in.

“It’s rate-hold time if you’re closing a mortgage between now and the end of June (since most rate guarantees last only 120 days or less),” McLister said.

“Some lenders will milk their current low rates for all they’re worth in order to keep the volume flowing…But don’t bet on that lasting long…unless there’s a further derailment of our economy, which is possible, but less probable the further we get into 2021.”

For those leaning towards a variable rate, those aren’t currently at imminent risk of rising, since they are priced based on prime rate, which rises or falls depending on the Bank of Canada’s overnight target rate movements.

At its last rate decision in January, the Bank of Canada said its overnight target rate of 0.25% will likely remain unchanged until 2023, providing assurances to borrowers that now is still a good time to purchase a home.

Another point to remember is that, despite any small to moderate increases in the 5-year fixed rate, Larock notes that borrowers will still have to qualify based on the government’s 4.79% mortgage stress test.

“So, an increase in real rates won’t have any impact on the amount they can actually borrow,” he wrote. “If you’re in the market for a mortgage today, the usual tips apply. If you will want a fixed rate, which is likely, lock in a pre-approval to guard against rising rate risks.” 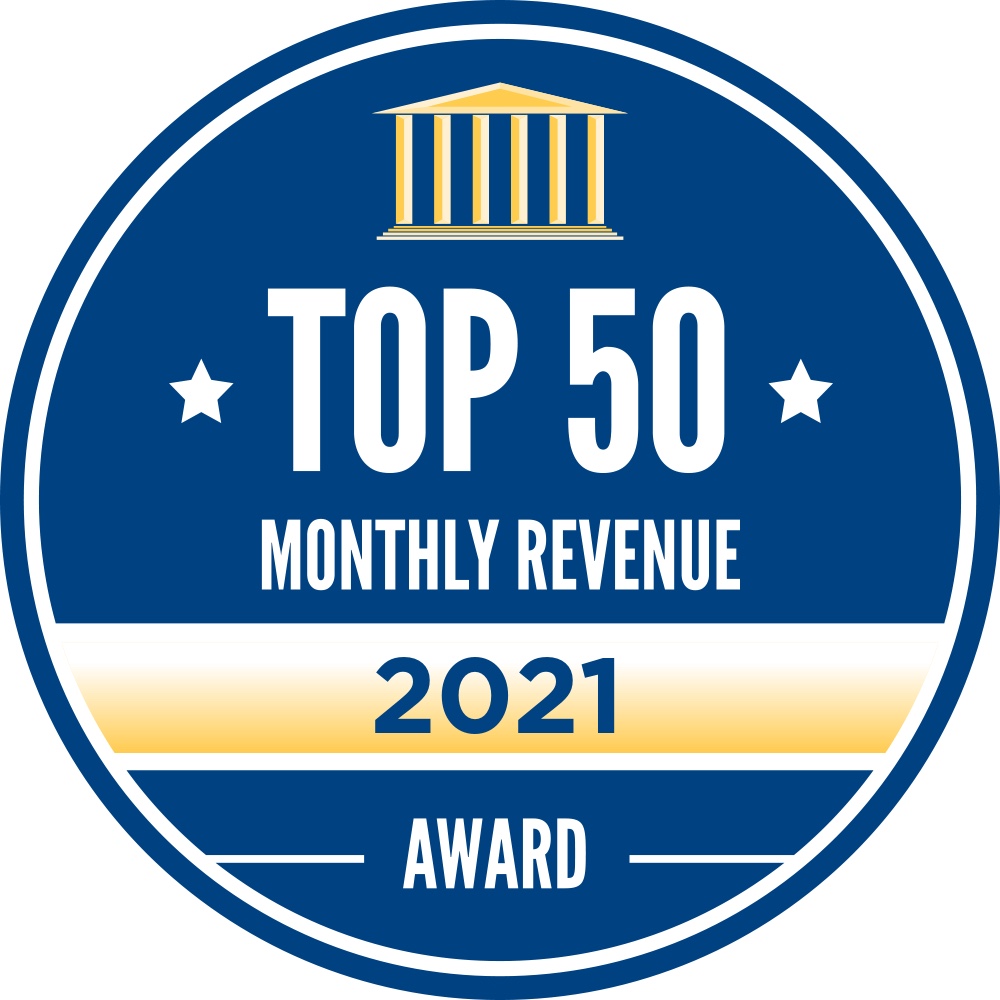 Starting a new business is not easy, but having the right team working with you is key. We are off to a great start for 2021, accomplishing the first yearly award level in the month of January. In addition, ranking in the Top 50 out of more than three thousand agents across Canada for monthly revenue.

I would like to thank all the team members at DLC-Forest City Funding for all their support I have received in this new business venture.

I would also like to thank all my clients who have trusted me with their mortgage needs.

“WORK AS ONE WIN AS ONE”

Commercial Mortgages are designed for businesses and investors who wish to purchase or refinance commercial, income producing properties and offer a flexible way to raise capital.

Benefits of using a Leasing Professional

A Dominion Lending Centres leasing professional can help you in discovering multiple ways to structure lease financing for new equipment, a sale-lease back to extract capital from existing assets, or solve other equipment acquisition opportunities. Many of our lease professionals are also mortgage brokers who can use commercial and residential mortgage and property credit-line products alone or in combination with lease-financing to help you achieve the best solution for equipment acquisition.

As a franchise organization with local ownership of our street-front locations, you get a committed local-office presence with a team that understands your market, is in your time-zone, and has community-involvement and knowledge. Our national credit office offers the best tools, underwriting centre, and efficiency in the leasing business today.

With leading funding resources, we provide the best opportunity for approvals with the lowest monthly payments.

Why rely on only one or two lease-sources when you can have over 30 specialty lease-funding sources in Canada and the United States.

Creative and flexible, Dominion Lending Centres Leasing can break up large-dollar transactions into multiple leases across a number of funders to ease and simplify the approval process.

Exposure limits are not an issue as we simply move the lessee to additional funding resources when exposure-limits are imposed by each funding source.

While Canada’s economy recorded its largest-ever annual GDP drop of 5.1% last year, it’s also on track to post a comeback in Q4, which could force the Bank of Canada’s hand in reining inflation in sooner than anticipated.

“That carries potentially strong policy implications for the Bank of Canada that is increasingly looking as if it over-committed itself to keeping rates on hold until 2023,” wrote Scotiabank economist Derek Holt in a recent research note.

While GDP data isn’t out for December yet, the fourth quarter is on track to post a gain of 7.8%, according to estimates.

Holt added that based on preliminary Q4 data, the first quarter now has roughly 1.7% annualized GDP “baked” into it. That would be in stark contrast to the 2.5% contraction forecast by the Bank of Canada in its January Monetary Policy Report.

Additionally, some say the federal government’s talk of up to $100 billion in new stimulus spending over the next three years could contribute to over-stimulating demand.

“A key risk is that the proposed $70-100 (billion) in three-year stimulus funds will outlive their need, at least when it comes to boosting demand after 2021,” wrote CIBC economist Avery Shenfeld.

All of this translates into the potential for the need to raise interest rates earlier than the 2023 timeframe that has been repeated in BoC messaging in recent months.

“If Canada’s economy outperformed expectations without vaccines, then just imagine how it might perform as herd immunity approaches by fall and what that may come to mean for monetary policy,” Holt added.

“With average core inflation trending around the 1.6–1.7% range and just tenths beneath the 2% target, the BoC might wind up on its inflation target or above it and sooner than it thinks.”

Shenfeld drew the same conclusion, saying that if enough demand is added post-2021, and the economy could close in on full employment, “with additional government spending being offset by an earlier need to hike interest rates to contain inflation.”

What Should Borrowers be Thinking About?

Holt’s advice to those who are heavily indebted is to plan their finances on the basis of the BoC starting to hike rates “considerably sooner” than 2023.

“If slack is eliminated into next year and inflation returns closer to target, then there should be little compelling reason for why the BoC would still be sitting on such emergency levels of stimulus if the emergency has long passed,” he wrote.

This may also give new homebuyers reason for pause if they’re considering getting a variable mortgage rate. With variable-rate mortgages priced as little as 30 basis points below certain fixed-rate mortgages, it could take just one Bank of Canada rate hike for that edge to all but disappear.

For that reason, many have already been choosing the security of today’s historically low fixed rates.

But they too could start to rise in short order at the first sign that a recovery is taking hold.

“If the BoC believes that our economic recovery has reached a more sustainable footing, it will begin to taper its (Quantitative Easing) purchases (of bonds), and when that happens, it is expected that our government bond yields, and the fixed mortgage rates that are priced on them, will rise in response,” wrote Dave Larock of Integrated Mortgage Planners Inc.

“While it may not be intuitive at first glance, changes in the BoC’s outlook are therefore likely to impact our fixed mortgage rates well before they impact our variable rates.”