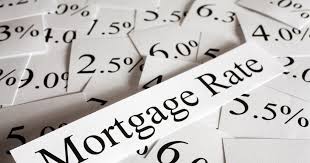 The Bank of Canada delivered welcome news for variable-rate mortgage holders today when it stood by its expectation of no rate hikes until early 2023.

“We remain committed to holding the policy interest rate at the effective lower bound until economic slack is absorbed so that the 2 percent inflation target is sustainably achieved,” reads the BoC statement released following its rate decision. “In the Bank’s January projection, this does not happen until into 2023.”

In its decision, the Bank left its key overnight rate unchanged at 0.25%, where it’s been for the past year.

Despite the economy proving “more resilient than anticipated” during the second wave of the pandemic, resulting in a stronger near-term outlook, the Bank noted there remains “considerable economic slack and a great deal of uncertainty about the evolution of the virus and the path of economic growth.”

As a result, in addition to keeping interest rates low, the Bank said it will maintain its current bond-buying pace of at least $4 billion each week, which it says will continue until the recovery is “well underway.”

The program has largely achieved its objective of keeping borrowing costs lower for households and businesses for much of the past year, but a recent surge in yields in late February has led to a sustained increase in fixed mortgage rates. Five-year fixed rates are now about 20 to 30 basis points higher than they were just weeks ago.

The Bank indicated in January that it would begin to reduce the pace of bond purchases if growth was in line with its expectations. A number of analysts have suggested that tapering could begin as early as April.

Despite the BoC sticking to its script that it foresees the overnight rate remaining unchanged for the next two years, financial markets see rate hikes closer on the horizon.

As of today, OIS prices tracked by Bloomberg imply about a 40% chance of a 25-bps rate hike by year-end. That could result in today’s prime rate of 2.45% rising to 2.70% and immediately boosting borrowing costs for variable-rate mortgage holders. However, markets are still largely expecting the first rate hikes to begin by mid-to-late 2022.

“That kind of monetary tightening is nothing to panic over,” writes RateSpy’s Robert McLister, noting it would be “historically modest” for a rate-hike cycle following a recession. Historically, rates have risen about 200 basis points from their lows in previous policy-tightening cycles.

He adds that those who already have a variable rate could still enjoy another full year of a near-record low prime rate, or “maybe 2+ years if you’re lucky.”

Should the BoC be Worried About Runaway Inflation?

The Bank also touched on the strong 9.6% growth in GDP recorded in the fourth quarter, adding that it now expects Q1 GDP growth to be positive rather than the contraction originally forecast.

Indeed, strong economic growth prospects have been largely responsible for the recent run-up in bond yields, which are driving fixed rates higher. The BoC warned that CPI inflation is likely to move to the top of its 1-3% target band over the next few months, but added that the expected rise “reflects base-year effects from deep price declines in some goods and services at the outset of the crisis a year ago.”

“We expect the BoC will look through a largely energy-driven increase in headline inflation in Q2, but note that risks are tilted to the upside as the economy re-opens with the potential for demand to outpace supply in some sectors,” writes Josh Nye of RBC Economics. “Our base case, though, assumes headline inflation will slip back below 2% by the end of this year and that underlying inflation won’t be sustained at the BoC’s 2% target until 2022.”

TD senior economist Sri Thanabalasingam said there are two reasons why inflationary pressures haven’t yet forced the Bank to revisit its level of monetary support through QE.

“One, a more resilient Canadian economy implies less scarring from the pandemic, which suggests growth can be stronger without becoming inflationary. This offers room for the Bank to maintain monetary stimulus at its current level,” Thanabalasingam wrote.

“Two, even while some areas of the economy are outperforming, others are struggling. Over 500,000 workers have been unemployed for 27 weeks or more, and until these Canadians find new opportunities, inflationary pressures are likely to be modest.”